I’ve been pretty inconsistent posting on here so let’s see what I can generate. I’m going to attempt writing more random recollections on music, movies, and movements. I used to do it back when I was a lot more freewheelin’ and weirder. It also helped that I had a lot more free time on my hands. So let’s all get weird together again.

It’s arguably been my most eventful Summer yet, trekking to both places familiar and alien. An ocean? Holy shit. We’ll get to that…

The opening scene of Summer happened in late May in Chicago with Woodstock ’15 (Fagan term). First on the docket was a return to Wrigley Field to see the Cubs vs. Royals. This was my first time back in the friendly confines to see a Cub game since 2011 I believe (Checks facts, still hazy).

There hasn’t been a whole lot to cheer about over the past 4-5 seasons during this rebuilding stretch, but out of those ashes has risen a youthful, hungry 2015 Cub team. This has been the long-term plan ever since the new front office of President of Baseball Operations Theo Epstein and General Manager Jed Hoyer joined the Cubs in late 2011. They’re ruthless and cut-throat when it comes to analytical decisions and they will do whatever it takes to make the Cubs succeed and chase down that elusive World Series title. After what they did in Boston, I fully trust them to get it done.

It was a great time being out in the center field bleachers for the first time. I had far too many beers (I would not recommend drinking a 12-pack worth of beers at Wrigley alone, for both your liver and your wallet) and the crowd was a rabid mix of Cubs fans and Royals fans (Est. 2014). Unfortunately I think I legitimately went to The General Jake Arrieta’s last “bad” start (This was May 29th, almost three months ago) as the Royals ended up pulling away with this one. I anticipated retribution the following night but it was not to be as the game was rained out. I’ll have to wait until the make up game on September 28th, which could have huge playoff implications for both teams. If I would’ve known then what I know now just how great this Cubs team would turn out to be, I wouldn’t have been as disappointed in the loss. The young nucleus of this team is only going to get better too as the years go on. More importantly they make sure to keep it fun. 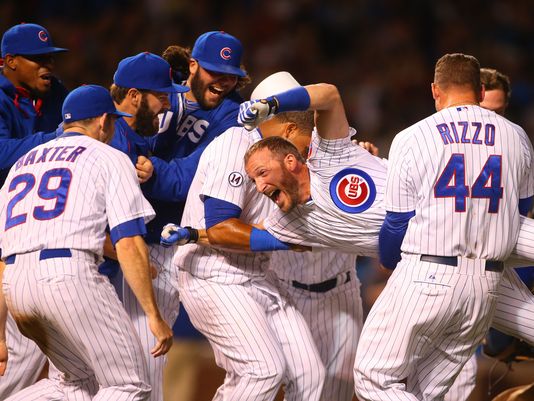 After having a few more (unneeded) beers at Merkle’s it was up to my associate Matt Moss and I to stumble drunkenly through the Wrigleyville area in an attempt to find the Riviera Theatre to see “The Chief” Noel Gallagher. astonishingly we were able to find it (After a vital pit stop at Al’s Italian Beef) and Noel was able to pick us up with his impeccable, soaring anthems. A set that infused magnificent solo cuts (If you don’t have the new incredible Noel Gallagher’s High Flying Birds album Chasing Yesterday that was released in March, stop reading this post, order it, then continue reading) with timeless Oasis classics ending things with a majestic “Don’t Look Back in Anger.”

June brought with it a pilgrimage to Waverly, IA to experience the carnival feel of Mumford & Sons’ traveling Gentlemen of the Road festival. An interesting endeavor considering the current boom of stationary festivals. It was a diverse line-up that featured some of my favorite stalwart bands like Dawes, Jeff The Brotherhood, and The Flaming Lips as well as unfamiliar ones that were a pleasant surprise like Rubblebucket and The Maccabees. The two-headed dragon of My Morning Jacket and Mumford & Sons were to no surprise the best parts of the weekend. Mumford & Sons have seemingly made an effortless transition to the bright lights, big crowds, and main stages of the world. They were a well-oiled machine in Waverly and always an extraordinary live act. My heart however, belonged to My Morning Jacket pertaining to the live acts. They were operating on a totally different plateau than everyone else there that weekend both spiritually and physically. I’ll never tire of seeing them live, sonic transcendence at its best.

I had to pick myself up off the floor for the next weekend in Kansas City to see some band called The Rolling Stones. One of the bands I’ve definitely been pining for to see live and cross off my concert bucket list. It is astonishing what they are doing at their age but they still sounded incredible and Mick Jagger cemented his legacy as the greatest front man of all time. He strutted and preened like he was in his 20’s belting out classic after classic. It was like witnessing the Dead Sea Scrolls of Rock & Roll. They were in the rattling genesis of Rock music, like witnessing the Big Bang of the universe. I don’t know how long they’ll tour (Mick said he has no plans of retirement and Keith is going to live forever), but I’m glad I had a chance to see them live in person. What this had me salivating for more than anything was a new record from them. 2005’s A Bigger Bang was their best album in my opinion since 1978’s Some Girls and recent singles like “One More Shot” and “Doom and Gloom” came off as effortless blues rock instant classics. I’m sure they have enough fire power to churn out another batch of marvelous tunes. I’d love for them to work with Jack White or Rick Rubin as the producer, but I’ll take anything to be honest. 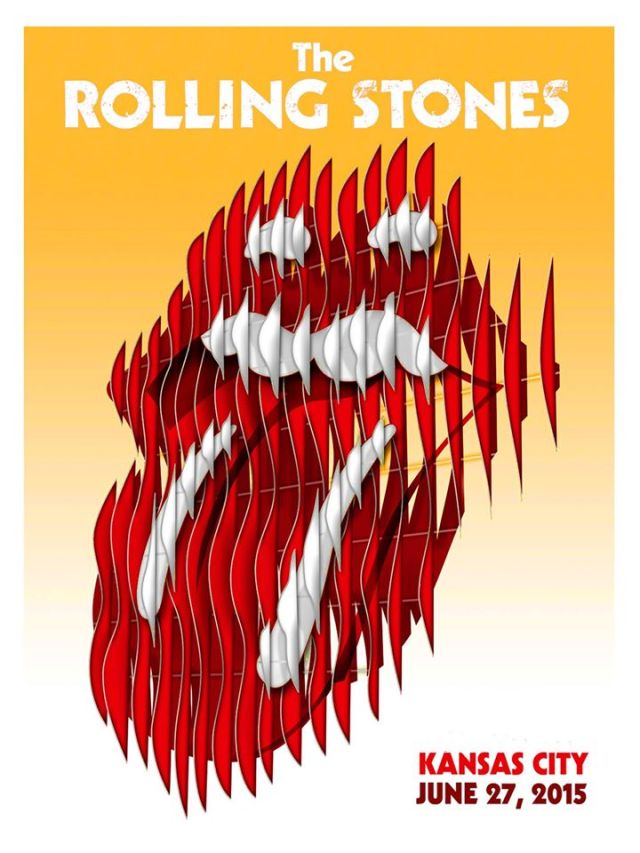 I had been redlining at work for sometime and needed a lengthy break physically and mentally. I took the longest amount of time off I’ve had from work in 13 years, I whopping two weeks (For me that’s impressive!). For the first leg of vacation I headed to South Carolina, specifically Folly Beach for a relaxing few days. This was foreign territory for me, I’d never seen the Atlantic Ocean, it was a sight to behold. I am horrible at taking pictures so this was as good as it got (Look at that fuggin’ rad moon!). 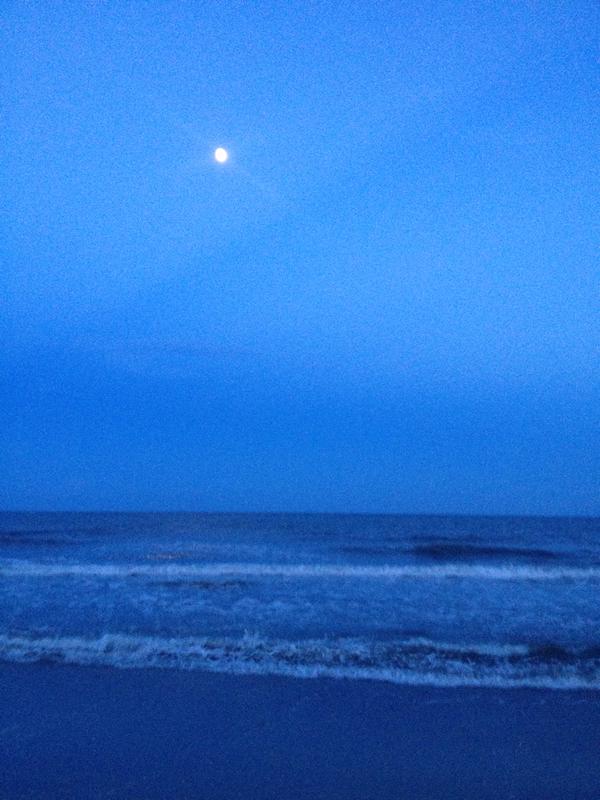 We left South Carolina a few days later and proceeded to trek across the countryside for nearly 19 hours. What was awaiting me on the other side of this road trip was Chicago and Lollapalooza. I’ve now been to Lollapalooza six consecutive times and I must confess although it’s a great time, I was considering sitting out this year. The way the festival has been trending in recent years was more towards EDM (Bull shit), abysmal hip-hop (Bull shit), and flavorless pop acts (Bull shit) rather than the guitar-centered Rock & Roll bands. Sure there’s always a strong undercard every year but the main stages have been getting less stellar. Well, when they announced the Friday and Saturday headliners I was all in. Paul McCartney and Metallica, I thought it was a hoax at first. No hoax at all. I saw McCartney back at Bonnaroo in 2013 and he was the best act there and he was brilliant again here. Meanwhile it’s been nearly seven years since I’ve seen Metallica live and they did not let me down. They’re still arguably my favorite band of all time and have been since high school (Okay, okay, I had a severe Guns ‘N’ Roses crazed phase in there too). Couple those monolithic acts with the other acts I saw: St. Paul & The Broken Bones, Father John Misty, The War on Drugs, Gary Clark Jr., Catfish & The Bottlemen, Death From Above 1979, Delta Spirit, Tame Impala, Circa Waves, Lord Huron, Strand of Oaks, Of Monsters and Men, TV on the Radio, and Florence + The Machine and it was one of the best Lollapaloozas I’ve been to. Next year? We’ll see.

There’s a lot of details I left out but I’m getting royally distracted by the blitzkrieg heaviness of Metallica’s Lollapalooza set I purchased from their website:

I’ll always be forever tethered to this band. For people that don’t like Metallica or don’t understand, I’m not sure what to tell you. It’s that chaotic angst the registers in your marrow, only Metallica is able to drill that deep for me I think. You could buy the physical double CD of this show (Which I did) or download it. Metallica does this for all of their live shows now and I wish all acts would do it. For one, an extra source of revenue for them and two it would cut down on bootlegging.

That’s it for now, more posts coming I believe. One on Sunday if I’m up to the task.

P.S.- I’m seeing The Tallest Man on Earth tonight at the Englert Theatre in Iowa City so let the live shows keep flowing! I’ve seen him a few times already live and he’s extremely captivating, one of the best lyricists on the planet. Cheers!